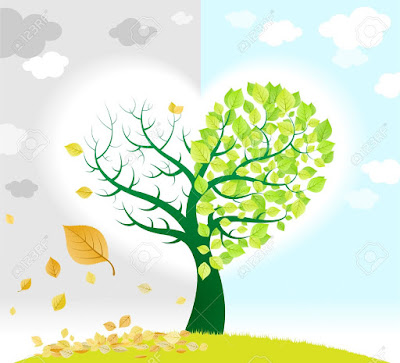 Do you ever feel as though current weather conditions can affect your mood? Well this seemingly causal occurrence is an actual occurrence. This change in mood is called Seasonal Affective Disorder [SAD].

Seasonal Affective Disorder is defined by the Mayo Clinic as:


"Seasonal affective disorder (SAD) is a type of depression that's related to changes in seasons — SAD begins and ends at about the same times every year. If you're like most people with SAD, your symptoms start in the fall and continue into the winter months, sapping your energy and making you feel moody. Less often, SAD causes depression in the spring or early summer.
Treatment for SAD may include light therapy (phototherapy), psychotherapy and medications.
Don't brush off that yearly feeling as simply a case of the "winter blues" or a seasonal funk that you have to tough out on your own. Take steps to keep your mood and motivation steady throughout the year."
Seasonal Affective Disorder is considered a "sub-type" of major depression--but there are differences between the two. Lets take a look and compare the symptoms between these.
According to the Mayo Clinic the following can be symptoms of SAD versus major depression:

Continue reading up on Seasonal Affective Disorder below on the following topics:
at 8:27 AM